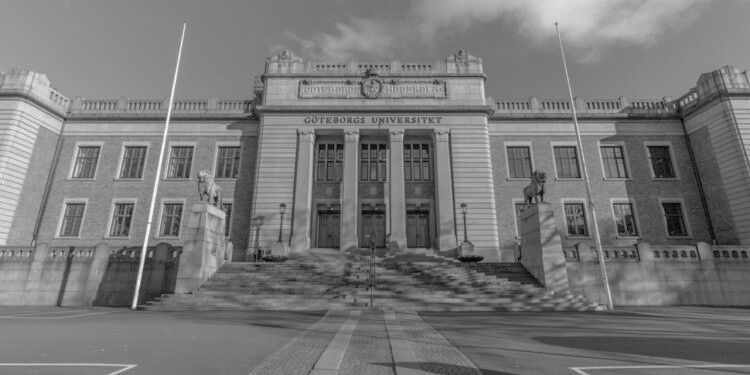 We live in an increasingly international world. That means that being able to read, write and speak English will be more and more important for every day.

So when the COVID pandemic struck the world, and it became clear that I was to be part time furloughed during the spring and the autumn, I decided that it is never too late to learn something new, or improve your existing skills. I signed up for a course in English at the University of Gothenburg, returning to a place in the world I thought I left for good when I got my Master of Science from Chalmers.

I must say that I’ve learned a lot in this course. Primarily, I think I’ve gotten better at writing, improving my punctuation which is very different between Swedish and English. But to improve my speaking, I really need to get to know someone that I can speak correct English with, that doesn’t speak Swedish. But, of course, this will have to wait until the pandemic is over. Right now isn’t the time to make new connections and interact with people in person.

The first part of the examination was to write an 800 words proposal essay on the topic of your choice. I chose to write about something close to heart, virtual races.

For those not familiar with the proposal essay, which I wasn’t until recently, it basically comes down to this:

I handed in my essay earlier this week and got it back, graded Pass with distinction which is the highest grade in the Swedish universities’ grading system.

This is my essay – any comments are more than welcome!

The speed at which the COVID-19 virus spread throughout the world during the first half of 2020 was something very few, if anyone, could have foreseen. Different countries reacted in slightly different ways, but one thing that all countries did, including Sweden, was to prohibit large public gatherings. Unfortunately, this has been devastating for the industry behind mass participation events, such as road running races of all distances, normally gathering up to 50,000 runners. A great number of people have these events as fitness goals, motivating them to keep training even if they might be tired or if it is raining outside. To continue providing these athletes with training goals, and to make sure that employees in the running industry will not go unoccupied, rethinking these events is necessary.

It is safe to say that the pandemic in general, and specifically the public gathering limitation, has had a great impact on how people interact with each other. Meetings and conferences have moved from convention centers to online meeting rooms, such as Zoom, Teams or Skype, and music festivals are broadcasted as live streams on YouTube, for example. Of course, the difficulty of successfully digitizing an event increases with the amount of activity needed by the participants. To transform a musical performance from a traditional to a virtual concert on YouTube, you only need to add a camera and upload a video clip to the Internet. During an in-person race, runners are literally very active and the transformation to virtual is not as simple.

The idea of Virtual Racing is to keep the running real but move the racing experience from the roads to an online community. In that way, a runner can run on his own, or with a small group of friends, in a setting where he feels safe and then provide some sort of proof to the race organizer that the requirements for the race have been met. As with in-person races, virtual races, or virtual challenges, can be built in many ways, shapes, or forms. The simplest variant is the one where you are to run a given distance on a given day, much like 99% of all in-person races, but a race organizer can also take advantage of the fact that there is no need for an actual race course, first aid workers or hydration stations, which means that the challenge can be much more complex. Instead of aiming for the fastest time of a given distance the participants could be challenged to run as far as possible given a specified timespan, or run a given number of times each week for several weeks. Or maybe even to run across a country, accumulating distance to the challenge for every run.

A hardcore runner, who during normal times is aiming to place as high as possible in the in-person races, will find many objections to this type of virtual racing. The unfairness of the fact that you can choose an only downhill course, that you can ask a friend to run with your GPS device to collect the proof needed, or even go by bike instead of running, are only a few examples. How will any race organizer be able to provide a fair result list after the race? These are valid questions, and the answer is, of course, that virtual racing is not the same as in-person racing. There are no guarantees that no one cheated, there are no race marshals alongside all the thousands of courses created by the runners making sure that all rules are obeyed. There is only the runners’ code of honor.

Virtual races and virtual challenges are probably not for everyone. The runners that race to win, that run to beat their personal records on courses sanctioned by World Athletics, might be disappointed by them not being regulated enough, but runners that have a certain race as a goal for their training, or that race for the joy of running can probably find both inspiration and pleasure in this type of racing where the after-run chit-chatting has moved from the physical finish area to a Facebook group or an Instagram hashtag. In the situation the world is currently experiencing, this is pretty much everything the running industry can offer their customers, the runners, and hopefully virtual racing is better than nothing. In a post-COVID world, virtual races will probably remain and co-exist in parallel with in-person races, enabling runners that do not want to travel to do races in an environment where they feel safe and also giving race organizers a chance to create new types of races and challenges for their customers all year round.